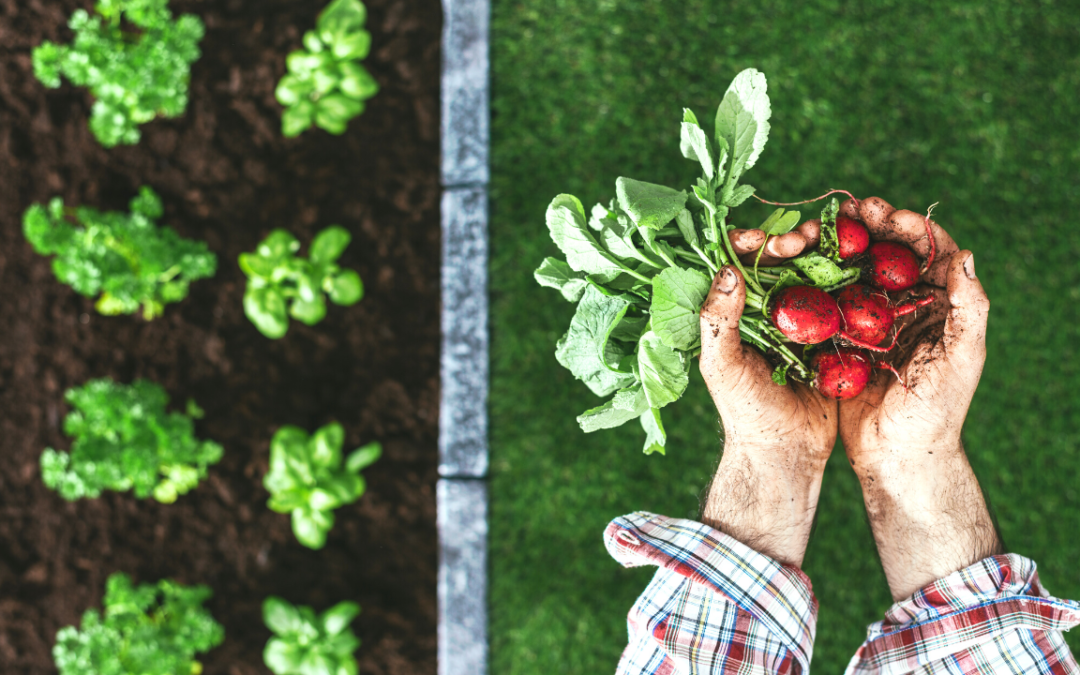 It’s Ontario Agriculture Week from October 3rd to the 9th and there is plenty to celebrate about this important sector! The week is a time to showcase all the amazing things happening in the industry and our connection to where our food comes from – so let’s raise a fork to the food we love and the people who produce it!

The agriculture and agri-food sector is a major contributor to the Canadian economy comprised of primary agriculture (farmers) and food and beverage processing, and also includes foodservice providers, as well as food retailers and wholesalers who are the link between food production and consumers.

In 2021, the whole agriculture and agri-food system employed 2.1 million people, provided 1 in 9 jobs in Canada, and generated $134.9 billion (around 6.8%) of Canada’s gross domestic product (GDP). Of that, primary agriculture carried out by farmers and which is defined as work performed within the boundaries of a farm, nursery or greenhouse, accounted for 241,500 jobs in Canada and $31.9 billion in GDP across 189,874 farms.

Agriculture in the Grand Erie region…

Largely comprised of rural communities, the Grand Erie region has a diverse agricultural industry and its farms make up 5.42% of all farms across Ontario. Primary agriculture which relates directly to farming, includes crops, livestock, greenhouses and nurseries, as well as, farmer’s markets, farm equipment repair shops, wine and cider production, grain drying operations and livestock auctions is abundant in the Grand Erie region.

While the number of smaller farms shrunk between 2016 and 202, Grand Erie gained 7 large farms (2240 acres and higher) indicating that operations are merging in response to the shrinking number of farm operators.

Brantford: Aside from deep roots in agricultural equipment manufacturing, local farm fresh stores are popular in Brantford and operations such as Brantwood Farms have adapted to receive customers year round at their farm shops and special events.

Six Nations of the Grand River: Corn, beans and squash are called “The Three Sisters” in Indigenous farming and were traditionally inter-planted because they thrive together – as well as providing balanced nutrition. To create community awareness surrounding Indigenous agriculture, Six Nations recently launched their “Revitalizing Our Sustenance Project” in May of 2020 during the beginning summer months of the COVID-19 pandemic.

Agri-tourism has been a growing industry across the Grand Erie region – from farm crawls to guided tours of micro-breweries, farmers markets and farm to table experiences, companies such as Ride the Bine, Red Apple Tours provide visitors and locals with tailored experiences at local agri-businesses.

According to StatCan’s Census of Agriculture data – of the 4, 030 farm operators in Grand Erie, about 55 % are 55 years or older, compared to 49% in 2011. 1,435 are between the age of 35-54 and only 375 were under the age of 35. With many agricultural workers opting to retire early, shortages of workers, including migrant workers, are creating a high demand for skilled equipment operators to support the local industry and it is increasingly important to consider how and by whom these newly vacant positions will be filled.

With the Workforce Planning Board of Grand Erie as one of its several partners, Conestoga College recently developed a 16 week Agricultural Equipment Operator Program. Completion of the program positions graduates to successfully enter a wide variety of agricultural operations.

Other local agricultural training institutions include the Ontario Agricultural College (OAC) of the University of Guelph. At its Ridgetown Campus, obtaining an Associate Diploma in Agriculture provides individuals with the training to manage a farm, work for a global agribusiness, finance agricultural innovation, advance new crop and livestock genetics, or work in advancing agriculture technology.

Fanshawe College offers an Agri-Business Management Program at its Simcoe campus, which equips graduates with understanding business fundamentals and industry specific training in agricultural production. Students gain knowledge in how to manage each step of the supply chain from farm to table and everything in between, with new technological advances and sustainable practices.